Justice for Jennifer Dalquez! No death penalty for resisting rape! 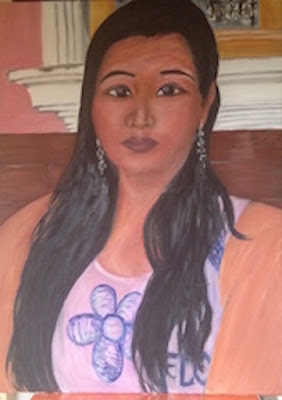 
On 7th December 2014 Jennifer Dalquez, a Filipina migrant domestic worker in Abu Dhabi in the United Arab Emirates (UAE), fought back when her employer attempted to rape her at knifepoint. She was subsequently given the death sentence by a UAE court for killing her employer. According to the Philippines Department of Foreign Affairs which is representing Jennifer Dalquez, while her employer was attempting to rape her at knifepoint, she managed to turn the knife on him. Jennifer’s arms had signs of abuse, including bruises and cigarette burns.


Rajima Dalquez, Jennifer’s mother, is appealing for support for her daughter. Born in a poor area of General Santos City in the Philippines, Jennifer Dalquez had been working as a domestic worker in Abu Dhabi since 2011 to support her family.


In the UAE most of the manual and blue collar work is done by migrant workers. There are about 146 000 female migrant domestic workers, many of whom are from the Philippines, Indonesia, India, Bangladesh, Sri Lanka, Nepal, and Ethiopia.The Human Rights Watch report, “‘I Already Bought You’: Abuse and Exploitation of


Female Migrant Domestic Workers in the United Arab Emirates,” documents how the UAE’s visa sponsorship system, known as kafala, and the lack of labour law protections leave migrant domestic workers exposed to abuse. The UAE, which has two seats on the International Labour Organisation board of directors, has reformed some aspects of the kafala system in recent years, but not for domestic workers. “The UAE’s sponsorship system chains domestic workers to their employers and then leaves them isolated and at risk of abuse behind the closed doors of private homes,” said Rothna Begum, Middle East women’s rights researcher at HRW.

This protest is part of an international campaign demanding justice for Jennifer Dalquez and an immediate reprieve from the death penalty. In the UK it is being organised jointly by Justice for Domestic Workers and Freedom Without Fear Platform.

Posted by Freedom Without Fear Platform at 08:02 No comments:

Links to other articles

Don't miss out on our latest posts. Subscribe here!

If you'd like to get in touch with us, please send us a message here.